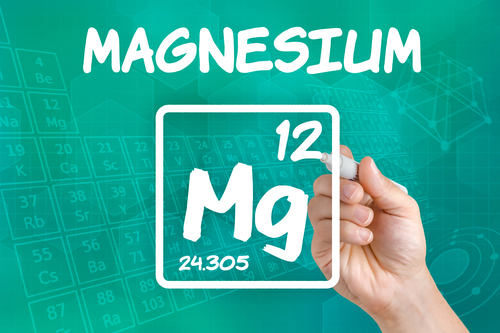 Do you feel a bit off?  Are you not sleeping well?  Seem more anxious?  Many have turned to magnesium supplementation as a way to get back on track.  It’s been said that magnesium is important in more than 300 biochemical reactions in the body which include everything from blood pressure, protein synthesis, nervous system regulation, and energy production.  It can often have an immediate calming effect and provide a great natural sleep aid.  I personally have been supplementing with a topical magnesium spray for the past several months and the quality of sleep is far more consistent.  Friends and family that have tried magnesium supplementation say the same.

Magnesium deficiency along with deficiencies in other important minerals is widespread due to modern farming techniques which greatly deplete the nutrients in the soil.  Even if you’re eating lots of organic vegetables (which is a great start), you’re not getting the nutrients from those vegetables that we used to 50 years ago.  It’s estimated that 55% of people aren’t meeting the RDA minimum level of magnesium, but if you’re talking about “optimal” levels of magnesium that number is estimated to be closer to 80%.  Chances are high that you’re deficient particularly if you are stressed, aren’t eating healthy, not exercising regularly and drink alcohol and caffeine regularly.

You can get a test for magnesium levels, but you must get the right one.  Most testing will use the old serum blood test which isn’t all that accurate since less than 1% of the body’s total magnesium can be measured in our blood.  The other 99% is contained in cells, tissues and bones.  The most accurate test is the ionized magnesium test, but this not generally available to the public.  It’s very expensive and only used in research at this time.  So where does that leave us?  You’ll want to make sure your doctor or lab is providing you with an RBC magnesium test which although not as accurate as the ionized test is quite a bit more accurate than the standard serum test.

I use a service called WellnessFx.com for all my blood testing since I can just order it without having to see a doctor (as someone who is self employed I pay a steep price for a high deductible and few benefits).  It’s cheaper for me to avoid the visit and order the tests myself. If you have a good insurance plan discuss this test with your doctor.  Better yet print out the test WellnessFx offers and see if you can get better pricing through your insurance.  There are many other independent labs that can do testing for you as well so it pays to shop around.  Below are the results of my RBC Magnesium test.  You can see I’m in the healthy range, but keep in mind the healthy ranges indicated by labs or the government aren’t necessarily optimal.  In her book “The Magnesium Miracle” (new 2nd edition available Aug ’17), Carol Dean recommends a level of 6.5 mg/DL for magnesium repletion so you can I have a little ways to go for optimal levels according to Dean.  My last test was about a year ago before I started supplementing with a transdermal magnesium spray so it will be interesting to see where my level is when I test again sometime this year.

So what are the best foods to eat to increase magnesium levels?  What are the best supplements?  This post isn’t meant to be a definitive guide on magnesium supplementation but I can tell you from everything I’ve read and heard a transdermal magnesium spray is the way to go and there are some high quality ones on Amazon to choose from.   I use the one from ASUTRA and have been happy.  I’ve heard good things about the EASE brand as well.   I typically spray about 15-20 sprays all over .. a bit around the neck, arms and chest and rub it in.  Just make sure you have no fine cuts or scratches or it will burn like crazy.   Carol Dean

As far as foods think healthy, but those high in magnesium include green leafy vegetables, nuts (almonds, cashews, brazil nuts),  and brown rice.  There are many more so do your research!  Hopefully this have provided a good jumpstart to getting more magnesium in your life!