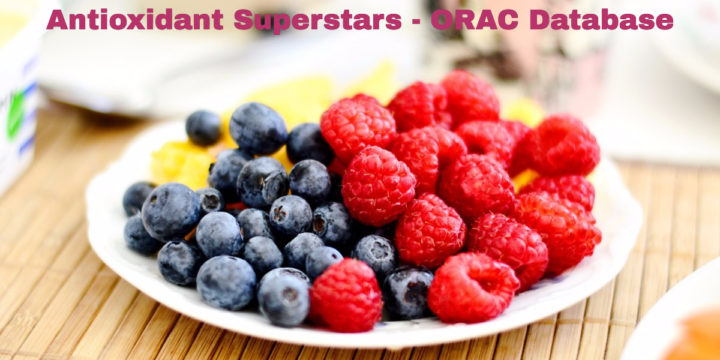 What the heck is ORAC you say?  It is the Oxygen Radical Absorbance Capacity of a food used to measure its antioxidant levels.  The higher the number, the greater its fighting ability against those nasty free radicals… or so they say.  There is some debate about ORAC values and the USDA actually doesn’t recognize the values going so far as to remove the values from their website.

That said you can’t argue that many of the foods at the top of the list are widely considered “super foods” that provide all kinds of health benefits such as blueberries and acai berry.  You might be surprised to find many spices at the top as well.

Superfoodly has this great resource on their website and it’s worth a bookmark.

Apparently, this stuff is the intensely red tree sap from a cut Croton Lechleri tree native to South America and has been used for hundreds of years for skin wounds, diarrhea and other ailments.  You can even get it on Amazon 🙂  Do your research before taking any of this stuff and absolutely research the company selling it to determine if they’re reputable.

Here’s a who’s who in the top 20 of the ORAC database:
Many are spices!  I actually add a few of these to my morning smoothie for an extra kick – the amla berry, chaga, turmeric and acai along with organic frozen blueberries.